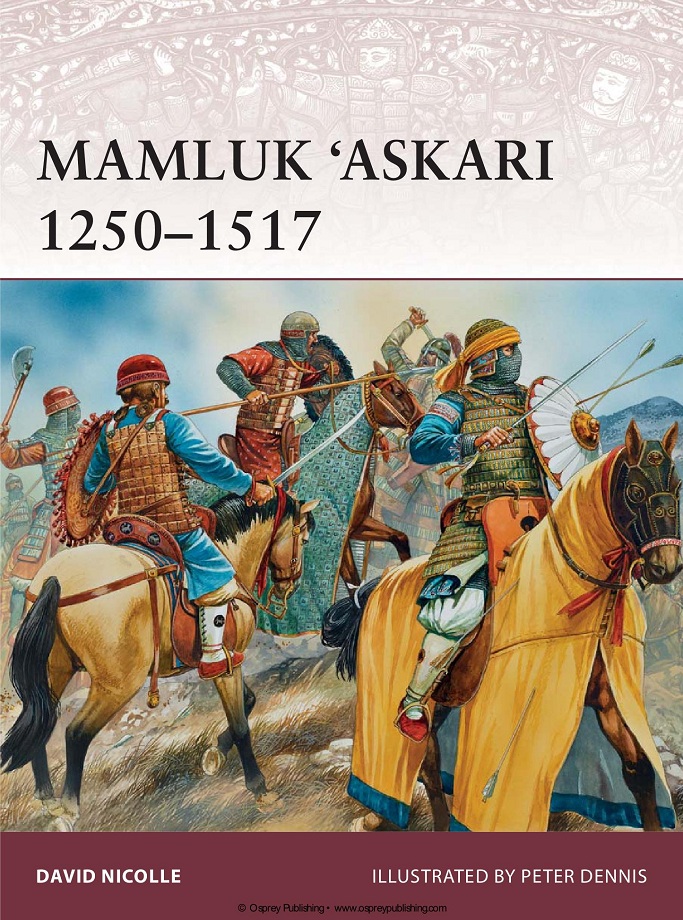 New archaeological material and research underpin this extensive, detailed and beautifully illustrated account of the famous Mamluk Askars. The Mamluk army is credited with finally defeating and expelling the Crusaders from the Middle East, with defeating and halting the Mongol invasion of the Islamic Middle East, and with facing down – though not defeating – Tamerlane. Their state was an essentially military one but was for centuries also the Protector of the Holy Places, which gave it supreme prestige within the later medieval Islamic world.The mamluk troops (askaris) of the Mamluk Sultanate in Egypt and Syria were probably the ultimate professional soldiers of the medieval period. They were supposedly recruited as adolescent slaves, though recent research has begun to undermine this oversimplified interpretation of what has been called the “mamluk phenomenon”.The Mamluk Sultanate and its army lasted for a remarkably long time, from the mid–13th to early 16th century, long enough to resist the Portuguese in the Indian Ocean and Red Sea, before finally being defeated and overthrown by the Ottoman Sultanate. Indeed the mamluk phenomenon lasted even longer in Ottoman–ruled Egypt, until the final years of the 18th century. It was so embedded in Egyptian, and to a lesser extent Syrian, society and politics that the modern Egyptian army of the 19th century has, during its first decades, been described as a neo–mamluk force.